The San Diego Business Journal (SDBJ) published its 2020 list of the 500 most influential people in San Diego – people who are making a significant impact on the San Diego community. The SDBJ tapped its staff, its own sources, and a few recommendations to assemble its all-star team of 500 leaders in 10 categories. SOHL is proud to have among its members two of the key players honored in the SDBJ Health & Science category: Chris Van Gorder, President and CEO of Scripps Health, and Aaron Byzak, Chief External Affairs Officer of Tri-City Medical Center.

Congratulations to these two leaders who have helped shape and/or reshape their own organizations’ healthcare, as well as healthcare in the San Diego community. President and CEO of Scripps Health

As president and CEO of Scripps Health since 2000, Chris has been instrumental in positioning Scripps at the forefront of healthcare locally and nationally. Named CEO of Scripps in 1999, Chris responded to significant employee and physician challenges, leading a landmark turnaround, streamlining business operations, improving efficiencies and enhancing physician relations and the overall workplace culture. As a result, Scripps has frequently been honored as “A Best Place to Work.” In 2010, Chris served as chairman of the American College of Healthcare Executives (ACHE) and in 2014 was awarded its highest honor – the ACHE Gold Medal Award for his continued contributions to healthcare. In 2016, for the 8th time, he was named to Modern Healthcare’s “100 Most Influential People in Healthcare.” Chris’s rise to leadership was unconventional. His journey began as a hospital patient, when as a police officer he was critically injured during a family dispute call. After a lengthy recover, he pursued his education in healthcare management continuously rising to levels of increasing responsibility. Today, in addition to his role as CEO Chris continues to serve the public and his community as Reserve Assistant Sheriff for San Diego County. He is also a published author and regularly writes on leadership, corporate culture and healthcare. Since 2018, Aaron has served as the Chief External Affairs Officer for Tri-City Medical Center, a Health District serving residents of Carlsbad, Oceanside, and Vista, California where he leads marketing, communications, government affairs, community engagement, and special events. Aaron began his healthcare career providing direct patient care for more than six years as an EMT and Senior Field Training Officer on basic and advanced life support ambulances in San Diego County. Subsequently, during his more than two decades working in healthcare, Aaron has been an advisor on policy and political matters for elected officials at the State and County levels, served in multiple leadership positions including director of community and government affairs and media relations for UC San Diego Health, consultant and Chief Strategist for Galvanized Strategies, a full-spectrum public relations firm and founder and chief advocate for Hazel’s Army, a community advocacy and education group that in 2014 helped pass the most comprehensive assisted living reform agenda in California’s history. Aaron continues to be chief advocate for Hazel’s Army which has expanded its mission to include support for other vulnerable populations, notably those suffering from mental illness. He has received numerous honors for his work designing community health programs and multi-media projects, and for his overall leadership and work in health care, public health, advocacy, marketing, and communications, including four Emmy Awards. 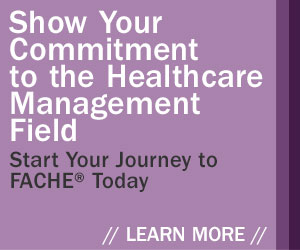